What future does the changing climate bring for the children?

Why is elephant killing on the rise now?

Chairman of the National River Protection Commission Mujibur Rahman Hawlader has said that corruption is taking place with ‘the lion’s share’ of the money allocated for the implementation of river protection projects. 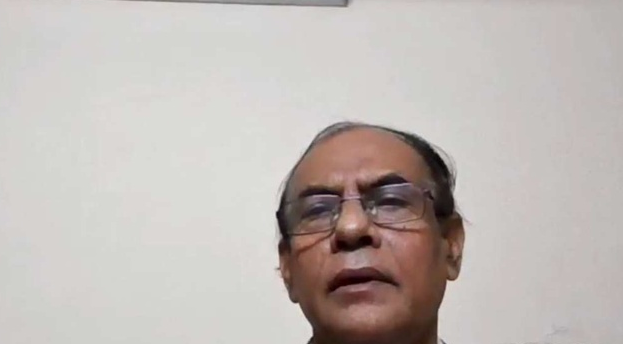 He made the remarks at an online meeting organized by the River Rights Forum on Saturday evening titled ‘River Erosion and Poverty Act’.

Commenting on the river being ‘exploited’, Mujibur Rahman Hawlader said, “No one has told me the message that 50 per cent of the projects being undertaken to stop river encroachment and restore navigability are being spent properly. Rather, they say, at least 70 percent, if one hundred rupees is not 80 rupees; He took it in his pocket. ”

80% of the allocation for river protection goes to the pocket

“There is no alternative to river dredging,” he said. But dredging has to be done properly. ”

The chairman of the river protection commission also raised the question as to why the water development board could not do the work with its own engineers and why all the work had to be done by the contractor.

He said, “… they go for dredging, they don’t have dredgers. They don’t even know how to do dredging. Whether it’s an engineer or not … it’s all the contractor’s fault. “

Emphasizing on ‘monitoring’ those responsible for the implementation of river related projects, he said, “If he commits corruption, he should be brought to justice …. Even against me, what should the chairman of the river protection commission do?” If not, how do you know what I’m doing? How will it be reported to the government?

The High Court last year declared the National River Protection Commission the ‘legal guardian’ of the river. However, the chairman of the commission said in the meeting that even if the letter was given, the ministries did not want to help.

Former Secretary of the Ministry of Land Mujibur Rahman Hawlader said that there is no legal opportunity to sell the land that has gone under the river due to erosion.

Ainun Nishat, an adviser at the Center for Climate Change and Environmental Research and former vice-chancellor of BRAC University, said there was no proper plan to change the situation, even though the river was eroding every year.

He said, “We are spending thousands of crores of rupees every year. Hughes money is being spent in the name of dredging now. All will be in vain, the river will be of no use. People on both sides of the river will not benefit. But some people’s pockets will be heavy. “

Asked who bought the land in the river, Ainun Nishat said, The government had to buy land in the middle of the river to build the Padma bridge. ”

He said, “Serniabat made the law; If the land is broken, the job of DC will be to record it, it will become official. ”

Ainun Nishat also commented that the dam built by the Water Development Board does not have the capacity to ‘fight with the river’.

At the beginning of the meeting, Chairman of River and Delta Research Center Mohammad Ejaz presented a report on river erosion and erosion law.

Highlighting the experience of visiting different river areas, he said that people have been paying rent for the land that has gone under the river. Their goal is that when the river recedes, when the chars wake up, they will ‘claim’ the land.

Get the latest sports news from SportsSite about soccer, football and tennis.

Rivers are getting sick from man-made drugs: Research

Air Conditioning: Danger calling for comfort in the heat

Coronavirus: The reason why bats cannot be blamed

Pollution in Delhi: Lung disease on the rise

Climate change is increasing hail, the rock is getting bigger